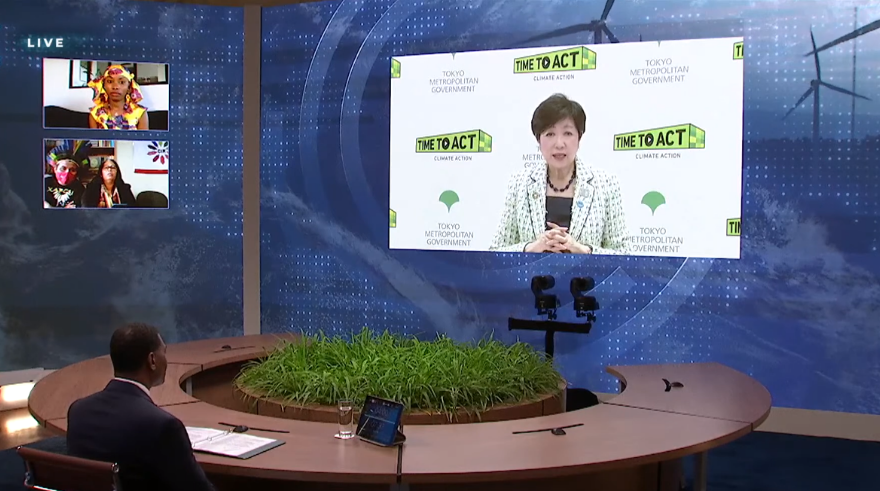 In the Climate Leaders Summit hosted by US President Joe Biden on April 22 and 23, Governor Koike appeared at the Climate Action at All Levels session.

The summit was held online and attended by 40 world leaders to discuss greenhouse gas emission reductions. President Biden announced an enhancement of the previous target, setting a new target of 50-52% GHG pollution reduction in the US from 2005 levels by 2030. Another attendee at the summit, Prime Minister Suga, declared that Japan aims to reduce its GHG emissions by 46% in fiscal year 2030 from its fiscal year 2013 levels. Furthermore, he stressed that Japan will continue strenuous efforts in its challenge to meet the lofty goal of cutting its emission by 50%.

In the session at which Governor Koike appeared, mayors of local governments gathered to discuss the importance of their actions. Governor Koike gave a speech on the importance of cities’ actions for climate change issues and the efforts of TMG, such as measures for buildings in the Tokyo Cap-and-Trade Program. “I hope that our efforts as cities will encourage national governments to take action for even greater progress in climate actions and recovery from the COVID-19 crisis,” said Koike. (* The meeting was held in English.)